Sorry, no posts matched your criteria.

Columbia Bible College seeks to equip people for a life of discipleship, ministry, and leadership in service to the church and community.

Located in Abbotsford, British Columbia, Canada, Columbia Bible College provides faith formation and professional ministry preparation for Christians of all ages as well as supports the churches of the region in the fulfillment of their mission. The College provides both formal and non-formal learning opportunities alongside its role as a resource center for theological information in the region. Theologically, Columbia is evangelical Anabaptist and is operated by two regional Mennonite conferences, British Columbia Conference of Mennonite Brethren Churches and Mennonite Church British Columbia. Columbia is accredited by the international Association for Biblical Higher Education (ABHE), and is designated with the Private Training Institutions Branch of the Advanced Ministry of Education in BC.

“By God’s grace, Columbia Bible College will be a thriving, Christ-centered post-secondary institution, embodying and promoting God’s kingdom vision of transformation for the church and world as reflected in Scripture, and developing Christ-followers who are maturing spiritually, academically, and ethically – inspired and able to positively impact their careers, churches, and communities.”

Columbia values an educational method that is reflective, practical and transformational.

Columbia values its partnerships with churches, schools, and agencies.

In 1946, the Mennonite Educational Institute moved its high school to the new building in Clearbrook, and Bethel returned to its South Abbotsford campus. Under the leadership of J.F. Redekop, principal from 1944, the school gained the additional support of East Aldergrove, McCallum Road, and Arnold M.B. churches. 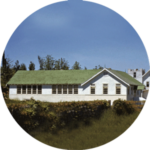 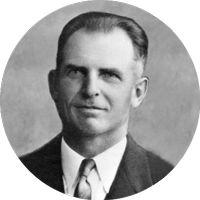 In 1955, the Bible School Society (consisting of the six supporting churches) purchased land in Clearbrook and erected what is presently the old wing of the classroom building. This became the Mennonite Brethren Bible Institute (M.B.B.I).

In 1960, the B.C. Conference of Mennonite Brethren Churches accepted the responsibility for the operation of M.B.B.I. A record enrollment of 96 was established in 1961-62. The first dormitory was built on the campus in 1962. Increasing enrollments led to two additional dormitories: Redekop Hall in 1966 and Centennial Hall in 1967. A new wing with chapel, classrooms, and music rooms was also added in 1967.

Bethel Bible Institute
The Conference of Mennonites school grew out of the concern to establish Bible school to meet local and provincial church needs. In 1939, Rev. N.W. Bahnman announced the opening of the Bible school in Coghlan (now Aldergrove) on the premises of the Bethel Mennonite Church. Twenty–two people enrolled in the tuition free classes at Bethel, which were taught by three instructors without pay.

A society was formed which operated the school for three years (1941–1944), until the Conference of Mennonites in BC assumed full responsibility for the institute. A four-acre tract of land was purchased in Abbotsford next to West Abbotsford Mennonite Church, and a dormitory for women was built. In 1947, the administration building was erected. In 1951-52, enrollment increased to 61 students and a dormitory for men was built. The women’s dormitory was renovated in 1963. A teacher’s residence was erected in 1964. 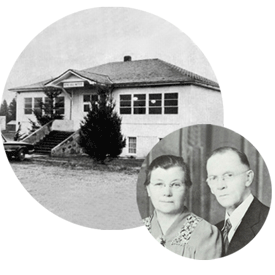 The decade of the seventies was one of growth and expansion for Columbia Bible Institute. To accommodate a record enrollment of 233 students in 1972-73, four extra housing units (mobiles) were added. In 1975-76, a third year was added to the curriculum and a new record enrollment of 266 was reached.

In 1976, a three-story, apartment –style dormitory was constructed. Two years later, the apartment complex was sold, and five acres of land adjacent to the existing campus were purchased for use as an athletics field and for possible campus development. In 1988, a three-story men’s residence was completed.

Resource Centre
A beautiful office/administration/library complex was constructed in 1992. A covered walkway leads to the Teaching Centre with classrooms, music rooms, and chapel.

Columbia Place
A state of the art Athletics Centre was built in 2001. It is home to the newly named “Bearcats”. It features 2 full size courts and seating for 1000, Fitness Centre, Athletic Therapy Room, Team Room, Classroom and more.

Student Centre
The Student Centre was built in 2004 to serve the students better by featuring a state of the art kitchen and dining room, several student lounges, collegium for commuter students, career and health/wellness center, student life offices, and recreation room.

Redekop Hall
After several years of renting a nearby apartment building, our male residence students returned to campus when Redekop Hall was opened in 2011. The four-story building offers both Junior Housing “pods” with 5 person occupancy as well as Senior Housing suites including full kitchen facilities.

Columbia is accredited with the Association for Biblical Higher Education (ABHE), an autonomous association of Canadian and U.S. colleges seeking to enhance Christ-centred biblically-based higher education in North America. ABHE is a member of the Commission on Recognition of Post-secondary Accreditation (CORPA), the body that provides accreditation of all recognized American universities, colleges and professional preparation programs. For more information, visit the ABHE website.

Columbia is also a member of the following associations:

Columbia Bible College represents the cooperative endeavour of the British Columbia Conference of Mennonite Brethren Churches and Mennonite Church British Columbia. The college exists primarily to undergird the ministry of the local church and is dependent upon its support, counsel and prayers. It seeks to understand and incorporate into its program and life the Bible-based Anabaptist heritage of its supporting churches. In this orientation Columbia finds its main challenge and chief distinctive. For more information on either denomination, please use the following links:

BC Conference of Mennonite Brethren Churches